Context: I was visiting my homestay family from my college study abroad term; they live in Chiba Prefecture

Today I went on an adventure in Chiba, riding a bicycle for miles through unfamiliar streets. Two years ago my objective in Japan was to come home with as much worthless anime merchandise as I could cram in my luggage, but with little money to blow this time around, the focus was necessarily on these sorts of zero-cost bicycle outings. I wouldn’t even need to pay for lunch if I brought a riceball and thermos from home. I was near the store I had been searching for (not to buy anything, but just to have an objective that could be accomplished) when the sidewalk suddenly narrowed and I noticed a three-wheeled vehicle blocking the way. Some sort of wide-set motorcycle with two wheels in back instead of one. A motortrike? Just beyond it there was a police car and two officers talking to an elderly couple. I knew I couldn’t ride by on the Hashimotos’ wobbly, rusted bike without trouble, so I dismounted and started walking the bike along the very edge of the sidewalk, wary of stepping into traffic. 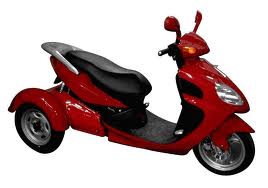 As luck would have it, the right-hand bicycle pedal scratched the vehicle. A tiny scratch – less than a centimeter long – but it was audible, and the police officers turned to me. At that point I had a choice. Either ride away before they could see my face and take my info, or take responsibility for it and pay the price. I quickly glanced at the officers’ utility belts, which held walkie-talkies and batons, but no visible guns. A few gaijin smashes might’ve worked if I’d opted for a life of crime. But no, of course I took responsibility, and they told me to wait on the side for a minute.

At that point I realized that the elderly couple had also scratched the vehicle (with their car), and they were currently being processed. A guy from an auto shop was already there to assess the damage. After a few minutes, one of the officers approached and started questioning me. He looked at my driver’s license and asked a few questions about what I was doing in Japan, where I was staying, and for how long. His half-smile and soft, lispy voice were completely misleading; I hoped that at any second he would tell me to forget about it and ride away, but no such luck. I answered truthfully, all the while terrified that I would have to pay several hundred dollars in damage, or even worse, have some sort of police record in Japan.

The elderly couple drove away after a while, leaving me with the two officers and the auto shop man. One of the officers wrote a short note describing the incident and instructed me to give it to my host father. Finally, Automan told me to follow him back to the shop (it was just around the corner) to settle the matter. Apparently, the owner, who wasn’t present at the time, had just purchased the vehicle that morning and had chosen to leave it in a very inconvenient place. Automan somehow still had the keys (suspicious!), so he drove it to the shop and I followed.

I was greeted at the shop by the man who had driven the vehicle, another man who had an eye patch over his right eye, and a third with slicked back hair who was missing his right arm. If this wasn’t a front for a yakuza hideout then I haven’t watched at least a few Takeshi Beat movies. Lefty started explaining and gesturing with his one arm, indicating that the giant gash caused by the elderly couple meant that the entire rear bumper piece would have to be replaced at a cost of 30,000 yen (about 400 dollars). Fearing for my life but not ready to give up my scant figurine funds that easily, I showed him that the damage I had caused was a much smaller scratch near the bottom. I didn’t get the idea that he cared much, as I was the one present and at his mercy, whereas the elderly couple was not. But the original man from the scene of the crime said that for my part, 10,000 yen would be enough (about 130 dollars).

I handed over a crisp bill and asked if there were any forms to fill out or papers to sign, but he insisted that with the money I gave him, our affairs were capiche’d. I was a bit uneasy about handing over cash without any sort of documentation, but I was also happy to have escaped with both of my pinky fingers intact. In retrospect I could definitely have tried to bargain them down further. There was only 6,000 yen in my wallet proper (with 30,000 in my concealed dorktastic passport belt for actual emergencies), so I very easily could have feigned not having enough. …But that really would have been a gamble, and I didn’t want any more interaction with the police.

My host family received a call from the police concerning the matter, and within half an hour, Papa Takashi somehow found me on the streets (he was driving his car, and I didn’t have a cell phone, which made it all the more surprising). We went to the nearest McDonalds, where I described the whole saga truthfully, though probably portraying myself as a little more brave and handsome than I was. Of course the family was more concerned about my safety than my money, but they couldn’t believe how much I had been charged. Later, Papa said that he had been thinking of calling the auto shop to thank them and apologize, but that the more he thought about it, the more he felt that they had ripped me off. People with “kinder hearts” wouldn’t have wanted to get a foreigner caught up in the affair (especially when there had already been an accident, caused by Japanese people, not 20 minutes before) and would have let me off scot-free, he said. “No, they weren’t yakuza. Yakuza make no pretense about who they are or what they want. They say ‘We’re yakuza, and you’re going to pay us if you don’t want to get hurt.’ These kinds of people are worse. They lead the lives of ordinary people but under the mask they are rotten.” …Not that I regret taking responsibility.

Of course my host family made fun of me for the rest of my time there, recounting the story to every guest and occasionally telling me emphatically (in English) “Don’t move! Don’t. Touch. Anything!” During one retelling, I mentioned that had I chosen to fight the Automen, it would have been two arms versus five. That got a few laughs.